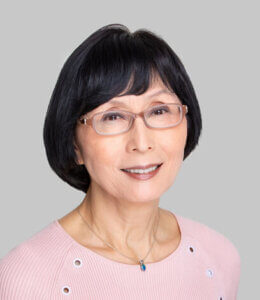 Dr. Yang has more than four decades of experience in developing and manufacturing medicines in several therapeutic categories. She currently serves as the executive vice president of Pharmaceutical Development and Manufacturing at Gilead Sciences Inc., with responsibility for all the company’s investigational compounds and marketed products. Under her leadership, Gilead developed the world’s first HIV single tablet regimen and advanced more than 25 compounds from early-stage development to commercialization, reaching millions of people around the world. Dr. Yang joined Gilead in 1993, became senior vice president of Pharmaceutical Development and Manufacturing in 2005, and was appointed to her current role in 2015. Prior to joining Gilead, Dr. Yang worked at Syntex Corporation for more than a decade where she contributed to the development and commercialization of more than 10 medicines. In addition to Kronos Bio, Dr. Yang is currently a member of the board of directors of Kodiak Sciences. She serves as an executive sponsor of the Gilead Asian Interest Network and is a member of the Expert Scientific Advisory Committee of Medicines for Malaria Venture. In 2021, Dr. Yang was elected a fellow of the American Institute for Medical and Biological Engineering. She holds a B.S. in chemistry from National Taiwan University and a Ph.D. in organic chemistry from the University of Southern California.