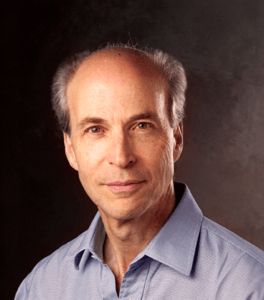 Roger Kornberg is Winzer Professor in Medicine in the Department of Structural Biology at Stanford University.  In his doctoral research, he demonstrated the diffusional motions of lipids in membranes, termed flip-flop and lateral diffusion.  He was a postdoctoral fellow and member of the scientific staff at the Laboratory of Molecular biology in Cambridge, England from 1972-5, where he discovered the nucleosome, the basic unit of DNA coiling in chromosomes.  He moved to his present position in 1978, where his research has focused on the mechanism and regulation of eukaryotic gene transcription.  Notable findings include the demonstration of the role of nucleosomes in transcriptional regulation, the establishment of a yeast RNA polymerase II transcription system and the isolation of all the proteins involved, the discovery of the Mediator of transcriptional regulation, the development of two-dimensional protein crystallization and its application to transcription proteins, and the atomic structure determination of an RNA polymerase II transcribing complex.  Kornberg was elected to the National Academy of Sciences in 1993.  He has received many awards, including the Welch prize (2001), highest award in chemistry in the United States, the Leopold Mayer Prize (2002), highest award in biomedical sciences of the French Academy of Sciences, and the Nobel Prize in Chemistry (unshared, 2006).  Kornberg’s closest collaborator has been his wife, Dr. Yahli Lorch.  They have three children, Guy, Maya, and Gil.